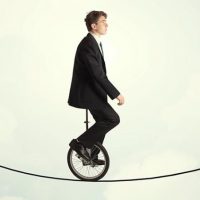 In the business world, as we all know well, it is not enough to have a good idea to succeed. In fact, the difficult thing is not to have the idea, but to put it into practice.

For this it is necessary to arm yourself with patience and courage, since at the time of undertaking we are going to find many obstacles and obstacles in the way that we will have to overcome taking great care not to fall, but in that case, we have to have enough strength and the need in ourselves to get up, shake our clothes and keep walking.

We are experiencing a complicated economic moment, there is no doubt about it, in which one of the possible solutions to the lack of work and the precarious offers is to undertake, but, on the other hand, entrepreneurship is not encouraged in this country and those that are They decide to take flight by their side they are branded as brainless madmen.

Honestly, the lack of support that the entrepreneurs have to suffer from the institutions is outrageous, when they are one of the main engines of our battered economy.

Still, you have to try.

What happens if we try and get it? It will stop being difficult because we have tried it.

It’s like when our mother gave us a plate of food that we had not tasted when we were little, but we said that we did not like it (in my case, the omelette.) My mother had to tell me that it was saffron so she could eat it. We do not know if we like a food if we do not taste it. It’s exactly the same. We can not say that it is difficult without trying.

In social networks the same thing happens. There are many entrepreneurs who do not decide to enter the world dospuntocero because they only see in them platforms in which users complain about the products or services, and they see difficult the way that they can report benefits, whatever the term, Without realizing that if they dive properly they can get a good slice.

Therefore, are we going to be defeated by something we have not tried? I do not. And you?

Previous post Community Manager A job for experts or beginners? 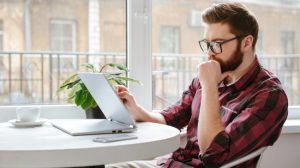 Next post Are the negative criticism of consumers irreparable damage?