By all is known the potential of the online medium to generate brand Defenders, those users who have moved from a state of constant admiration towards our company’s commitment to a proactive state actively defending us if our reputation could be damaged publicly . That is to say, the same as would occur with the terrestrial word of mouth, but in a dimension and a far greater reach due to the virality of the medium.

Companies, of course, love to have such supportive disinterested fans spread the wonders of their shopping experiences with our brands.

However, there is a small line that a Brand Defender should have clear, and it is precisely the line that separates the description of a positive personal experience, to the performance of a psychological and emotional analysis of another follower who has shared his free opinion , To “help you see what things really are.” What supposes in the great majority of cases a support, in others it can become an element against.

Expressed in a practical way, we can take as an example the adventure of the Hospital Quirón this week, where a follower of the hospital launches a complaint in the Social Network Facebook of the Mark. The Community Manager of Chiron performs his work flawlessly, responding quickly and effectively to such a claim. Thus, it is transmitted to the user that the case is going to be studied by the team and also other alternative ways of expressing their “disagreement” are communicated.

So far so good. The Social Networks perform their function, and the Community Manager their work. We assume that the hospital itself will be responsible for solving the situation with the patient in a personal way.

Understanding the subject as closed, this is where it is not known very well why a “Defender of the Brand” decides to enter the battle (already closed) to answer the user from a paternalism and a magnanimous tone that is clearly incomprehensible .., Trying to teach the patient that things do not always go the way we want, that is to say we basically have to shut up, and that we have to learn to live with it in a positive way and understanding that our general emotional state is perhaps exacerbated as Product of the crisis, and well, … the rest I leave it for the reader *.

In this case, this defender has not helped the brand, even has harmed it, since it denotes someone close to the company, who unwittingly continued to feed the issue when it was already closed, and transmitted to the patient A message that may not be perfectly what the Brand would have wanted to convey. (To be evaluated)

Companies and professionals “love” this type of followers, one thing does not remove the other, although they need to understand that “we like” to share positive personal experiences, but we do not “like” the lessons of morality Among our own followers.

It is good and even healthy, that meanwhile “I like” dissonant opinions, which can also help companies to improve continuously, demonstrating in the way that they really listen to their communities. 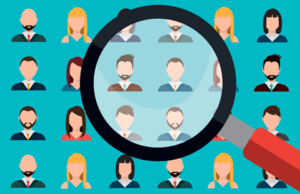