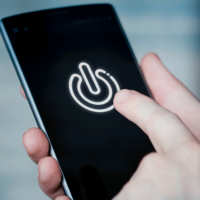 For many people and businesses, the Internet has been a lifeline in a world in which offline marketing is becoming increasingly difficult and complicated due to factors such as oversaturation of supply, globalization, the fragmentation of the advertising market and the decline of the Internet. traditional marketing ‘out’ or ‘ outbound ”(Every time we have less patience with the interruption and the’ cold door ‘!). And I believe that this has been the case despite an apparent injustice: in front of the bulky budgets of advertising and offline marketing, it has been expected of online marketing and its managers who saved many times the furniture of the company with minimal resources. human as financial. And the one that they have often achieved is one of the best testimonies of the effectiveness and possibilities offered by the internet and social networks and the new marketing model that we defend here.

Perhaps with the exception of those companies and organizations installed exclusively online, the vast majority that make up the rest uses at this stage of the 21st century a ‘mix’ of offline and online both in their communication and in their marketing. Sadly, we too often find that – far from going hand in hand – the offline and the online work as compartments and do not exploit or exploit the exceptional opportunities and synergies that greater integration offers us. Or even worse: we find that online is a mere squire of offline and is used only as a megaphone to replicate traditional advertising messages without an understanding of the medium or an adaptation to their particular idiosyncrasies.

As shown in sports journalism, the case of the famous Punto Pelota TV football program (and let’s not forget that a TV program is ultimately content), an online and offline integration can achieve spectacular results for each channel as for the global company. Punto Pelota represents the almost ideal stage of union in the form and substance of both areas, and the multiple benefits that this has generated has made many competitors who have been quick to imitate with greater or lesser fortune the formula of the football gathering directed and presented by Josep Pedrerol. Let’s examine three of the elements that have prompted Punto Pelota to become an audience leader despite starting with a clear initial disadvantage when broadcasting on a TV network as a strong and explicitly politicized Intereconomía(‘proud of being on the right’ is their motto ) and that logically at least initially alienates those who do not share this political line:

1) The presentation card of each participant and participant in the program is their Twitter account. This has contributed to journalists like Siro López or co-host Irene Junquera have accumulated thousands of followers and that these have become an inexhaustible source of news, comments and ideas in real time. In addition, the program has an official Twitter accountexcellently managed that informs and comments again in real time all the information and incidents related to the topics discussed in Punto Pelota and the world of football and sports in general. The immediacy and freshness that has led to the integration of Twitter in Punto Pelota have made it responsible for some of the most famous ‘trending topics’ in the Spanish language such as the famous and hitherto unfulfilled #findeciclo by Fréderic Hermel .

2) The web page of the program not only retransmits it by streaming live but also selects the best fragments of each broadcast and includes all the information and related news as well as the exclusive ones revealed by the participants when they occur. Anyone who for whatever reason could not have followed the program after midnight can always be promptly informed from the web and watch the full video of the last program after its broadcast.

3) They receive emails, tweets and live messages that are read when appropriate and most participants have IPhones, Smartphones or other mobile devices that allow them to react to denials, exclusives and scoops with greater anticipation and spontaneity.

4) And a fourth to show that integration on-off is two-way. In the same way that we find a strong support from offline to online, the offline commercial efforts of Punto Pelota find an echo in online, as evidenced by the case of the recently published book that reveals anecdotal secrets of the program and that – although it is not sold for now on the web – yes that is advertised in it. (the ‘conversion’ or sale does not have to be done online and can actually happen offline.) Reason for the offline to help the online!)

The most savvy businesses and businesses – and especially those with e-commerce and that sell online – are taking advantage of the opportunities offered by new technologies and using their creativity and ingenuity (like Punto Pelota) in the offline to ensure the success of your online initiatives for a sometimes very small cost and which in fact also reverts to your offline sales, improving and modernizing your image. Some examples: QR codes, digital signature, the inclusion of social bookmarks in advertising, etc.

The future will undoubtedly bring us a greater integration of online and offline, to such an extent that the two work in a wonderful synergy as is the case of Punto Pelota. At the business and institutional level, the most successful events that I have attended both in Spain and in Latin America (and an event itself is a great multiformat content) have been the ones – in addition to an excellent offline organization in aspects such as logistics , catering, transport or the adaptation of the premises – they have included the entire arsenal of online initiatives such as Facebook promotion, real-time Tweets and the creation of a hashtagor pillow #, live streaming, making and labeling a photo album on Flickr or Picasa, videos uploaded to a YouTube account, articles on blogs or (for those with a bigger budget) a specific web page for pick up everything cited above.

There is no barrier to creativity or ingenuity and I am sure that you will come up with multiple and innovative ways to ensure that you can support your online marketing initiatives from the offline part of your company or organization. I invite you to implement (if you are not already doing) some of the examples cited and develop new integrating synergies that reinforce your online profile and actively collaborate in the promotion of your content and commercial messages. In doing so, just like Punto Pelota, you may one day be a leader in your segment. 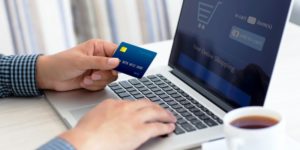 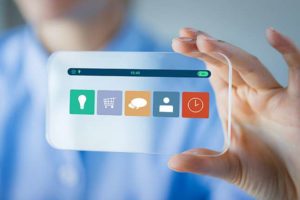 Next post Transparency with data collection, one more challenge for 2018