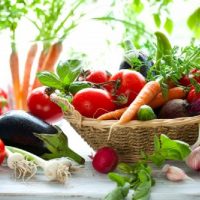 November 1 is the World Vegan Day and with vegetarianism becoming a lifestyle, people are trying to incorporate healthy diets to maintain good health. It has been seen that often with a busy lifestyle and working schedules, it becomes difficult to take up environmentally friendly habits but now student groups at Oregon State are helping people move in the right direction.

The Vegan and Vegetarian’s Club of the Oregon State celebrated the World Vegan Day by holding the annual bake sale in the Memorial Union quad. The mission of the program was to spread awareness about healthy diets. The bake sale had several such products that were vegan-friendly, not fried but baked including peanut butter cookies, ginger cream ‘whoopee’ pies, savory scones, gluten-free pumpkin, and brownies. The club also gave out information through a booth where they also distributed brochures and pamphlets about vegetarianism to the students who were interested.

The current president of the Club, Junior Amanda Rhodes is a student in the nutrition program at the Oregon State and she is a vegan. She originally chose to be vegetarian thinking that it would be better and healthier for her in the long run but after researching on vegetarianism, her views changed once again. Amanda is of the view that eating less of cheese and meet is healthy as these products are not good for the weight, heart etc.

Talking about the club and its mission, Rhodes said that through the club, they wanted to inform and educate people about veganism and vegetarianism but at the same time not losing out on any enjoyment with friends and family.

The money raised from the events held by the club such as the bake sale are used by the club to fund activities and events in the future. However, money is not what the Vegan club members work for. They work to open the eyes of the people to make them realize the goodness of veganism.

As per the studies conducted in 2011, about five percent of people in the US fall into the category of vegetarian-inclined diet and half of the percentage being vegan. At present this number is significantly low but many of the people from the group are becoming activists to further the cause of veganism and have made their voices heard. It is estimated that by the year 2050, the entire population of the world might be forced to turn to vegetarianism as there is going to be a shortage of food with the increase in world population.